The much-awaited new poetry anthology 100 Great Indian Poems is finally published (by Bloomsbury) and ready for orders. The poems were selected from the Indian poetry written over 3000 years in 27 languages. From Punjabi, my poem “Kalli” is included along with Surjit Patar’s “My Poem”. A poem by Amrita Pritam, could not be included because of copyright issues. Another poet of Punjabi origin, Gulzar, is also included though he doesn’t write in Punjabi. The anthology is in English and includes selections from the Vedas and the Upanishads and several other classics. The 100 poets include Kalidasa, Mirza Ghalib, Mir Taqi Mir, Rabindranath Tagore, Kabir, Amir Khusrau, Mirabai, Jayanta Mahapatra, Kunwar Narain, Dilip Chitre, Mangalesh Dabral, Keki Daruwalla, K. Satchidanandan, Namdeo Dhasal and other modern poets including Abhay k. who is also the editor of the anthology -salute to Abhay’s monumental undertaking. The anthology is already on the best-seller list of www.amazon.in. It’s not yet available outside India.

“Abhay K. Is a master anthologist who is superb at picking accessible poems that will reach the general reader.”- Nicholas Birns, New York University.

“This is a new ratnamala -a treasury of gems -of Indian poems from across the centuries. A delight.” Rachel Dayer, University of London. 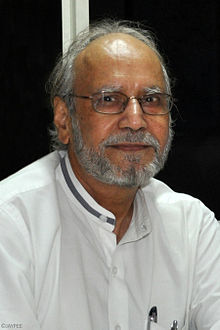 Abstract: In 20th century Canada remained multicultural fascination world for the world community due to liberal immigration policy, multicultural, multilingual social acceptability. As a result humanity all over the world preferred to accept Canada as their “Dream Land”. Thus, Canada emerged as the rainbow-coloured nation. Indians have also preferred Canada as their “Dream Land”. Thus Canada becomes “Second Home” for the large number of Punjabis, Jains, Marathis and Gujaratis. These Indians couldn’t forget their homeland, culture, and their roots. By their literary works they paint their “roots”, “India”, “culture”. Among all Indo-Canadian writers, Ajmer Rode’s contribution is indeed remarkable. He is a playwright, director, translator and poet. He is writing in Punjabi as well as in English. Because of his unique contribution he is awarded by the State Government of Punjab. He is also a leading poet of Canada. Being a Punjabi, his poems remain highly significant to understand Indian’s culture. In the final text of this paper Ajmer Rode’s selected poems are considered for the study. For full article go to the link below.